10.01 - Michael visits the unit for burn victims at Brotman-Memorial Hospital in Los Angeles.

09.04 - David Smithee, a 14-year-old boy who suffers from cystic fibrosis is invited to Michael's home. It was David's last wish to meet Michael. He dies 7 weeks later.

14.04 - Michael equips a 19-bed-unit at Mount Senai New York Medical Center. This center is part of the T.J. Martell-Foundation for leukemia and cancer research.

05.07 - During the Jackson's press conference at Tavern On The Green, Michael announces that his part of the earnings from the Victory Tour will be donated to three charitable organizations: The United Negro College Fund, Camp Good Times, and the T.J. Martell-Foundation.

13.12 - Michael visits the Brotman Memorial Hospital, where he had been treated when he was burned very badly during the producing of a Pepsi commercial. He donates all the money he receives from Pepsi, $1.5 million, to the Michael Jackson Burn Center for Children.

Anul 1985
28.01 - Michael and 44 other artists meet to record "We Are The World", written by Michael and Lionel Ritchie. The proceeds of this record are donated to the starving people in Africa.

Anul 1986
Michael set up the "Michael Jackson UNCF Endowed Scholarship Fund". This $ 1.5 million fund is aimed towards students majoring in performance art and communications, with money given each year to students attending a UNCF member college or university.

28.02 - After having had a heart-transplant, 14-year-old Donna Ashlock from California gets a call from Michael Jackson. He had heard that she is a big fan of his. Michael invites her to his home as soon as she is feeling better. This visit takes place on March 8th. Donna stays for dinner and watches a movie together with Michael.

13.09 - Michael supports a campaign against racism. He supports efforts of the NAACP, to fight prejudices against black artists.

- At the end of his Bad Tour, Michael donates some personal items to the UNESCO for a charitable auction. The proceeds will be for the education of children in developing countries.

Anul 1988
01.02 - The Song "Man In the Mirror" enters the charts. The proceeds from the sales of this record goes to Camp Ronald McDonald for Good Times, a camp for children who suffer from cancer.

01.03 - At a press conference held by his sponsor Pepsi, Michael presents a $600,000 check to the United Negro College Fund.

04 - Free tickets are given away for three concerts in Atlanta, Georgia to the Make A Wish Foundation.

05 - Michael visits children who suffer from cancer in the reclama - reclama mascata -Gesu Children's Hospital in Rome. He signs autographs and gives away sweets and records to the little patients. He promises a check of 100,000 pounds to the hospital.

29.08 - At his 30th birthday Michael performs a concert in Leeds, England for the English charity-organization "Give For Life". The goal of this organization is the immunization of children. Michael presents a check for 65,000 pounds.

12 - Michael visits 12-year-old David Rothenburg. His father had 5 years earlier burned him very badly in an act of revenge against his former wife.

01 - The proceeds of one of Michael's shows in Los Angeles are donated to Childhelp USA, the biggest charity-organization against child-abuse. In appreciation of the contributions of Michael, Childhelp of Southern California is founding the "Michael Jackson International Institute for Research On Child Abuse".

10.01 - The Bad Tour comes to an end. Under-privileged children are donated tickets for each concert and Michael donates money to hospitals, orphanages and charity-organizations.

07.02 - Michael visits the Cleveland Elementary School in Stockton, California. Some weeks earlier a 25-year-old man had fired at the school's playground. 5 children had been killed and 39 had been wounded.

05.03 - Michael invites 200 deprived children of the St. Vincent Institute for handicapped children and of the organization Big Brothers and Big Sisters to the Circus Vargas in Santa Barbara. After this event he invites them to his ranch to introduce his private zoo at his Neverland Ranch to them.

13.11 - The organization "Wishes Granted" helps 4-year-old Darian Pagan, who suffers from leukemia to meet Michael. Michael invites the little boy to a performance of Canadian acrobats.

28.12 - Young Ryan White, who suffers from hemophilia, spends his holidays on Michael's ranch. Ryan had been infected with AIDS by contaminated blood transfusions in 1984. After he was excluded from his school in Kokomo, Ryan fought against the discrimination of AIDS victims.

06.01 - Michael invites 82 abused and neglected children through Childhelp to his Neverland Ranch. There are games, a Barbeque and a movie show provided for them.

07 - 45 children from the Project Dream Street, Los Angeles, for children with life-threatening illness are invited to Neverland Valley.

18.08 - Michael invites 130 children of the YMCA summer program of Los Angeles and Santa Barbara to his Neverland Ranch.

06.05 - Michael is invited to the Jane Goodall Charity event. Michael supports her, an advocate of behavioral research concerning chimpanzees in Gombe, Nigeria for more than 30 years.

26.07 - Michael pays a visit to the Youth Sports&Art Foundation in Los Angeles. This Foundation supports families of gang members, and helps dealing with drug-abuse. Michael talks to the kids and presents them with a wide-screen TV set and a financial gift.

03.02 - At a press conference at the New York Radio City Music Hall, Michael announces that he is planning a new world tour, to raise funds for his new "Heal The World" Foundation. This Foundation will support the fight against AIDS, Juvenile Diabetes and will support the Camp Ronald McDonald and the Make A Wish Foundation.

06.05 - Michael defrays the funeral-expenses for Ramon Sanchez, who was killed during the Los Angeles riots.

23.06 - At a press conference in London, Michael makes an announcement about his Heal The World Foundation.

29.06 - Michael visits the Sophia Children's Hospital in Rotterdam and presents a check for 100,000 pounds.

25.07 - On the occasion of a concert in Dublin, Ireland, Michael announces that he will give 400,000 pounds of the tour earnings to various charities.

29.07 - Michael visits the Queen Elizabeth Children's Hospital in London. To the surprise the children, he brings Mickey Mouse and Minnie Mouse from Euro-Disney to the hospital.

31.07 - On the Eve of his second concert at Wembley Stadium, Michael presents Prince Charles with a check of 200,000 pounds for the Prince's Trust.

09 - Michael donated 1 million pesetas to charity headed by the Queen of Spain.

30.09 - President Iliescu of Romania inaugurates a playground for 500 orphans which Michael has financed. Michael discusses his Heal The World Foundation.

01.10 - Michael chooses a concert in Bucharest, Romania for worldwide television broadcast. Bucharest is a logical choice due to the numerous orphanages the country is known for.

24.11 - At Kennedy Airport in New York, Michael supervises the loading of 43 tons of medication, blankets, and winter clothes destined for Sarajevo. The Heal The World Foundation collaborates with AmeriCares to bring resources totaling $2.1 million to Sarajevo. They will be allocated under the supervision of the United Nations.

10.12 - During a press conference at the American Ambassy in Tokyo Michael is presented with a check for $100,000 for the Heal The World Foundation by Tour Sponsor Pepsi.

26.12 - During a broadcast request for donations to the United Negro College Fund, Michael declares: "Black Colleges and Universities are breeding some of the leading personalities of our time. They are on top in business, justice, science and technologies, politics and religion. I am proud, that the Michael Jackson Scholarship Program enabled more than 200 young men and women to get a qualified education."

19.02 - Michael is one of the stars to perform at the Presidential Inauguration of Bill Clinton. Before he sings "Gone Too Soon" he draws the attention to the plights of the victims of AIDS and mentions his friend Ryan White.

26.02 - At a press conference held at Century Plaza Hotel in Century City, Los Angeles, Michael is presented with a $200,000 donation from the National Football League and the Sponsors of the Super Bowl. He gets another $500,000 from the BEST Foundation for his Heal The World Foundation. At this occasion the foundation of "Heal L.A." is officially announced.

02 - In association with Sega, launched an initiative to distribute more than $108,000 of computer games and equipment to children's hospitals, children's homes, and children's charities throughout the U.K.

03 - The foundation of an independent film company is announced. They will produce family-oriented movies. A part of the earnings will go to the Heal The World Foundation.

27.05 - At a meeting at Century Plaza Hotel in Los Angeles, Michael gives a 5-minute speech to 1200 teachers and politicians.

05.05 - Former President Jimmy Carter and Michael, who are chairmen of the "Heal Our Children/Heal The World" initiative, are in Atlanta to promote their "Atlanta Project Immunization Drive".

06 - Michael has announced that he will donate $1.25 million for children who have suffered from the riots in Los Angeles.

06 - 100 children from the Challengers Boys and Girls Club visit Neverland.

10.06 - Michael promotes the new DARE-program. The purpose of the program is to inform children about the dangers of drug abuse.

18.06 - Michael pays a visit to a hospital in Washington. He spends several hours with the young patients and plays chess with some of them.

08 - In conjunction with Pepsi-Cola International, donated new ambulances to the Contacts One Independent Living Center for Children in Moscow, Russia and the Hospital de Ninos Dr. Ricardo Gutierrez in Buenos Aires, Argentina.

28.10 - Michael makes it possible for 5000 underprivileged children to visit the Reino Aventura Park, where the whale Keiko ("Free Willy") is living.

05.11 - Michael is guest at a children's party at the Hard Rock Cafe in Mexico City.

12 - With the Gorbachev Foundation, airlifted 60,000 doses of children's vaccines to Tblisi, Georgia.

07.01 - On the weekend of Martin Luther King Jr.'s birthday, Michael gives a party for more than 100 underprivileged children at his Neverland Ranch.

06.08 - Michael and his wife Lisa Marie are visiting two children's hospitals in Budapest. They distribute toys to the ill children.

Michael wants to free dolphins who have been locked up for years. He believes there should be legal guidelines about the way dolphins have to live in zoos and parks.

03 - Little Bela Farkas received a new liver. Michael and Lisa Marie met this 4-year-old boy during their trip to Hungary in 1994. Michael did everything to help Bela, whose only chance to live was getting a new liver. The Heal The World Foundation covered the surgery and the cost for caring.

21.06 - Michael donated a four-times platinum disc of "HIStory" in aid of the Dunblane appeal at the Royal Oak Hotel, Sevenoaks in England.

18.07 - In Soweto, South Africa Michael is laying down a wreath of flowers for youngsters who have been killed during the fights involving Apartheid.

09 - The first Sports Festival "Hope" was held for orphans and disadvantaged children. 3000 children and 600 volunteers took part in the Sports Festival and Michael Jackson was a special guest.

06.09 - Michael visits the children's unit of a hospital in Prague.

10 - Michael visited a hospital for mentally challenged children in Kaoshiung, Taiwan and offered 2,000 free tickets to the sold out performance in Kaoshiung.

01.10 - Michael donated the proceeds of his Tunisia concert to "The National Solidarity Fund", a charity dedicated to fighting poverty.

03.10 - Michael visits a children's hospital and brings small gifts for the patients during a HIStory tour visit in Amsterdam. A room in the hospital (for parents who want to be with their children) is named after Michael.

01.11 - Michael donates most of the earnings from a HIStory concert in Bombay, India to the poor people of the country.

07.11 - Before his first concert in Auckland, New Zealand, Michael fulfills the wish of little Emely Smith, who is suffering from cancer, who wants to meet Michael.

09.12 - During a HIStory tour visit in Manila, Michael visits a children's hospital. He announces that a part of his concert earnings will be donated to the renovation of the hospital. 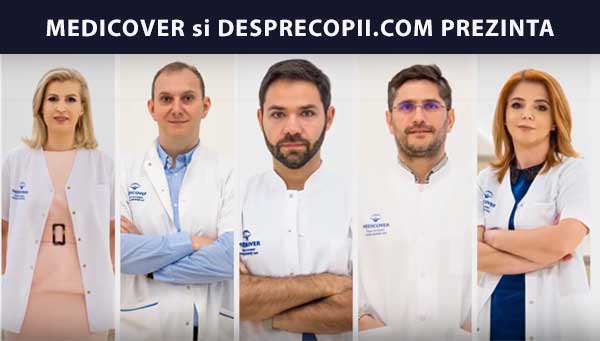